A. Vivaldi: "The 4 Seasons" in St. Charles Church Vienna 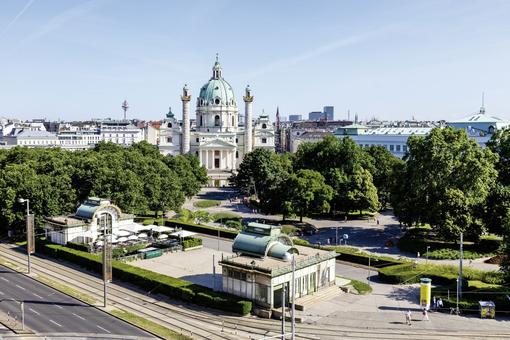 St. Charles Church was finished in 1737. Three years later the Venetian priest and composer Antonio Vivaldi moved to Vienna and and it may be accepted that he visited this brand new extraordinary sacral building. As nowadays one is still attracted by its architecture to people of the 18th century the Charles Church must have appeared as strange and exceptionally unique.

Vivaldi himself died in Vienna on July 28th 1741. He was buried just a few meters from Charles Church at “Spitaler God´s Acre“. Today there is the building of Technical University and just a small sign on it reminds of Vivaldi. The grave and the bones are - like Mozart´s - forgotten.

Only a few years before Vivaldi moved to Vienna, he composed his most famous "Four Seasons", a compilation of four revolutionary concerts for solo violin and string orchestra. For poems (maybe written by Vivaldi) are the image of the composition which shows us furious thunder storms and flashes, breaking ice and twittering of birds, sleeping shepherds, barking dogs, a band of hunters....