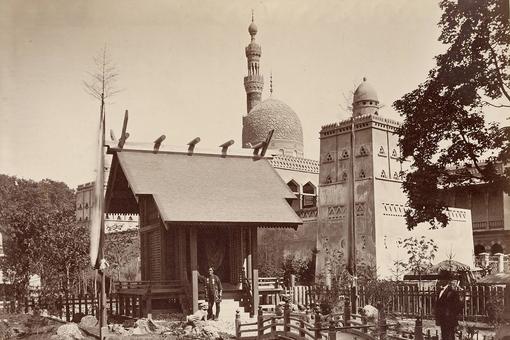 On the occasion of the 150th anniversary of the Vienna World Fair 1873, the special exhibition highlights a critical aspect of this internationally prestigious show: the "Orient" as a construct of 19th century Orientalism at the Vienna World Fair. With a focus on Egypt and Japan, which were often assigned to the "Orient" according to the understanding of cultural geography of the time, different facets of this phenomenon are shown. A close look at the, from today’s perspective, unusual composition of the countries and at the "inner workings" of the enthusiasm for the Orient during the World Fair in Vienna reveals the complexity of Orientalism in Vienna in the late 19th century.