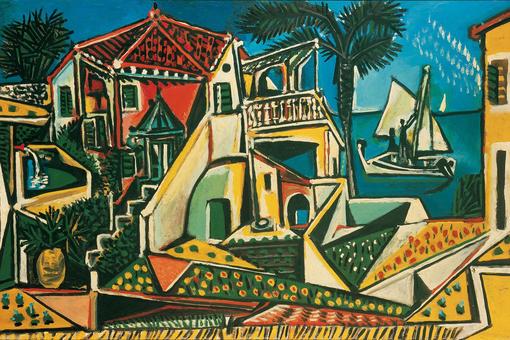 On the 50th Anniversary of his Death

Exactly half a century after his passing, the Albertina Museum is commemorating the life and works of Pablo Picasso, that greatest and most influential artist of the 20th century—a pioneer of its first half with cubism, a central protagonist of symbolism during his Blue Period, a forerunner of the 1920s’ neoclassicist tendencies, and in his late works an ideal to be emulated by the neoexpressionist movements of the 1980s. His oeuvre, encompassing approximately 50,000 works, reflects the momentous political transformations and dynamic avant-garde movements of his era, which stretched from the dawn of the 20th century into the early 1970s.

The Albertina Museum holds central works from all of the important phases of Picasso’s career: from the Blue Period painting The Sleepy Drinker of 1902 to masterpieces created amidst the Second World War and its aftermath and on to late works such as Naked Woman with Bird and Flute Player or his late graphic prints, which bear witness to his grappling with life’s ephemerality and “painting against time."
This exhibition shows 18 paintings from the Museum’s own collection and a total of over 70 works by a man who, even during his own lifetime, had become the archetype of the modern artist.