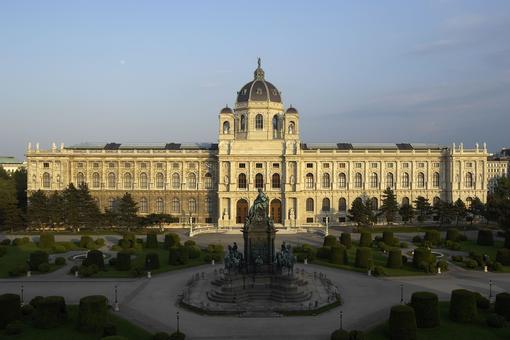 Georg Baselitz in Conversation with the Old Masters

Kunsthistorisches Museum invited Georg Baselitz (b.1938) to take part in an exhibition project that has the artist enter into a visual dialogue with Cranach, Altdorfer, Baldung Grien, Parmigianino, Correggio, Titian, and Rubens as well as the Mannerists at the court of Emperor Rudolph II.
He selected the works himself – about eighty of his own creations and forty from the Picture Gallery of the Kunsthistorisches Museum –, concentrating entirely on the nude, the naked figure. The exhibition casts a light on this elementary human condition, which has always been a central topic of European art.

Since his early works, Baselitz has shown a pronounced awareness of art history in his works, being particularly impressed by Mannerism and its departure from the norm. This encounter between the works of Georg Baselitz and historical paintings of figures of ideal beauty from the Kunsthistorisches Museum collection reveals exciting insights into the history of nude portraiture as well as the currency that painting itself still has. In this way, the artist brings up fundamental questions that touch us all and
opens up a space for challenging experiences where these works meet.

The works from Baselitz’s oeuvre presented in the exhibition draw a line from the early 1970s to the
immediate present.