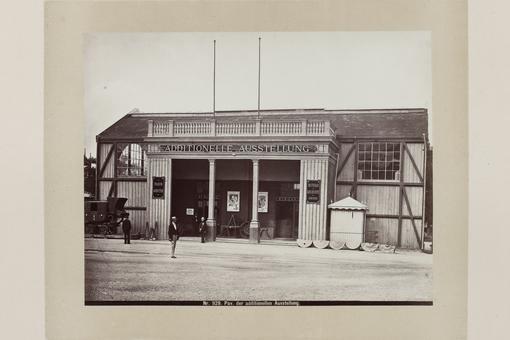 On the occasion of the 150th anniversary of the Vienna World’s Fair, the Technisches Museum Wien (Vienna Museum of Science and Technology) illuminates an aspect of this major historic event that has so far been given little attention: By setting up the “Women’s Pavilion” presenting female labour, the 1873 Vienna World’s Fair went down in history. This whole new type of exhibition has been copied at every world’s fair ever since and accomplished a pioneering achievement in making the female working world visible.

The hybrid anniversary exhibition displays documents that can only be found in this form at the Vienna Museum of Science and Technology and examines the significance and implications of the first Women’s Pavilion at the 1873 Vienna World’s Fair. Presenting numerous historical objects, archive materials, photos, world fair catalogues and visitor reports, the exhibition provides insights into women’s daily work and life at that time and shines a light on the activities and initiatives surrounding the Women’s Pavilion and their consequences. In addition, a video documentary featuring exhibitor companies of the 1873 World’s Fair addresses the economic and social continuities of female labour and reflects on the relevance of these developments in the current transformation of our economic and working environment.

The anniversary exhibition on the occasion of the 150th anniversary of the Vienna World’s Fair can be visited from 2 May to the end of June 2023 in the celebration hall of the Vienna Museum of Science and Technology and will be accompanied by an extensive online exhibition with high-resolution digital copies of the original documents, which will remain permanently accessible.