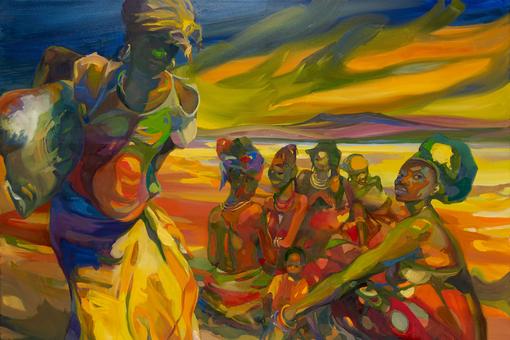 With the German painter Ruth Baumgarte (1923 - 2013), the Albertina presents an outstanding female artist of the 20th century. The focus of the show in the Pfeilerhalle is Baumgarte's comprehensive body of work, which is based on the artist's travels to African countries such as Egypt, South Africa, Kenya, Tanzania, Uganda, Ethiopia, Sudan, and Zimbabwe. The total of about 70 oil paintings, watercolors and prints unfold an almost magical quality when viewed.
The Zimbabwean poet Chirikure Chirikure said of the artist, "The countries of Africa and its peoples were not models for her to capture on canvas, but an integral part of her life's journey."