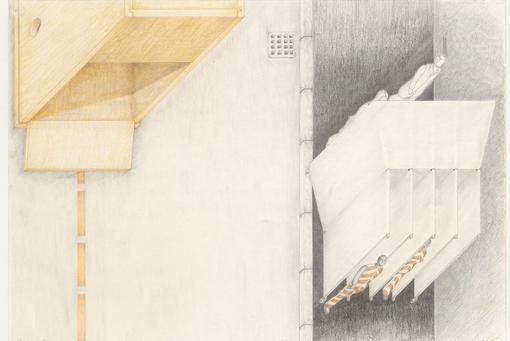 Missing Link, an architecture group founded by Angela Hareiter, Otto Kapfinger, and Adolf Krischanitz in 1970, was one of the most important phenomena of the avant-garde art and architecture scene in Austria in the 1970s. With cross-border and interdisciplinary projects, the architecture group searched for missing links between people, architecture, urbanity, art, and social fabric and expanded the repertoire of architecture with new, experimental concepts. During the ten years of their existence—the group was disbanded in 1980—they produced an extremely multi-layered and, at that time, highly regarded oeuvre that includes artistic installations, objects, paintings, and drawings, as well as urban studies, performances, and experimental television films. Missing Link’s premature legacy was purchased by the MAK in 2014. With the MAK exhibition and the accompanying catalog, the extensive oeuvre of the architecture group is presented in its entirety for the first time.