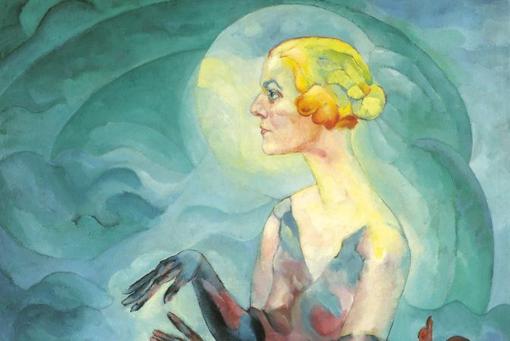 From Moderate to Radical Modernism

The artists’ association Hagenbund was founded in 1900 in response to the conservatism of the Künstlerhaus. Latest by the 1920s, it had established itself as “today’s most radical group” (Robert Musil, 1922) within Viennese artists’ associations. The association’s exhibition venue Zedlitzhalle in Vienna’s 1st district, which was first used in 1902, not only gave a platform and a sense of identity to members but also served as a hall for innovative exhibition concepts and international art presentations.

Following presentations at the Kunstschau Wien exhibitions held in Vienna in 1908 and 1909, the Hagenbund gained a reputation as an eminent platform for young, contemporary art throughout the 1910s. Significant steps were two exhibitions for painting and sculpture, the legendary Sonderausstellung Malerei und Plastik held in 1911, featuring works by Oskar Kokoschka, Anton Faistauer, Anton Kolig and Albert Paris Gütersloh, and another the following year, which featured the same protagonists from the environs of the Neukunstgruppe but also included numerous works by Egon Schiele. The 1920s, especially, are considered the Hagenbund’s heyday, when its members crossed the threshold from moderate to radical Modernism.

Throughout the almost four decades of its existence, the Hagenbund experienced a highly changeful history shaped by the transition from a monarchy to the proclamation of the First Austrian Republic, and from the Austrofascist corporate state to the seizure of power by the National Socialists. The latter prompted the association’s dissolution in September 1938 on account of the modern and liberal approach of its representatives, the great number of artists with Jewish roots as well as its portion of left-wing members. Many of the Hagenbund’s members, including Georg and Bettina Ehrlich-Bauer, Josef Floch, Carry Hauser, Lilly Steiner, Otto Rudolf Schatz and Felix Albrecht Harta, had to emigrate, while others – like Robert Kohl and Fritz Schwarz-Waldegg – were murdered in concentration camps.