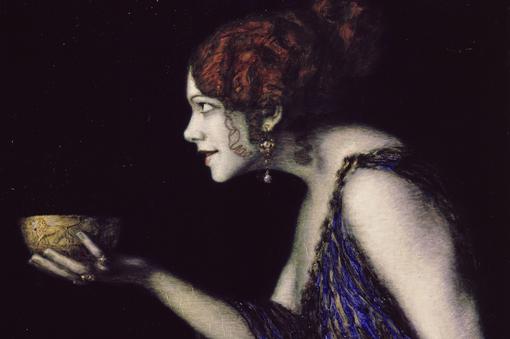 A witness to a century and her roles

She was a celebrated star of the film and theater, a modern woman of the 1920s, politically active and perhaps the most portrayed woman of her time. The roles of Tilla Durieux (1880–1971) were as varied as the artists for whom she posed as a model, among them Auguste Renoir, Max Slevogt, Lovis Corinth, Franz von Stuck, Charley Toorop, Ernst Barlach, Oskar Kokoschka, Max Oppenheimer and the photographers Lotte Jacobi and Frieda Riess.

The comprehensive exhibition at the Leopold Museum is the first to investigate the fascination Tilla Durieux held already for her contemporaries, and to explore the traces of this scintillating personality through portraits of all media. Featuring rarely exhibited archival material and international loans, the presentation highlights Durieux’s career, her social and artistic milieu as well as her life shaped by political upheaval.