In 80 Coins around the World 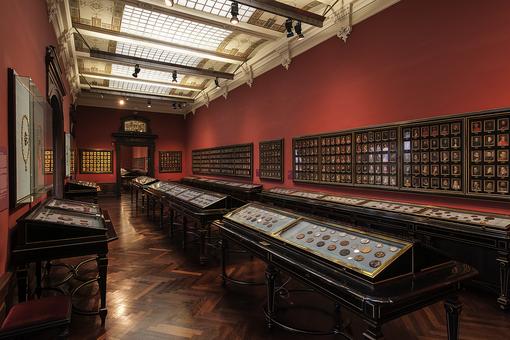 The exhibition offers sixteen historical figures including Cleopatra, Marco Polo, Wolfgang Amadeus Mozart and the Austrian world traveller Ida Pfeiffer the opportunity to have their say – or rather the content of their purses. Visitors joining us on this museum journey through space and time will learn about the history and histories of coins through travel anecdotes from around the world. We showcase the concurrence and variety of different currencies. Which coins were legal tender in Madagascar or India during California’s gold rush? Ida Pfeiffer has the answer. She travelled round the world twice, crossed three oceans and probably encountered over a hundred different kinds of coinage.

Today, coins are regarded as historical documents that bear witness to long-gone civilizations. Since their invention almost 2,700 years ago they have played a vital role and functioned both as a form of payment and as history’s first mass medium, transporting images and inscriptions to distant lands. Anyone who can read a coin correctly sees much more than a small piece of metal. Look carefully and you can see an entire country, its culture and its history. In surprising and entertaining ways, the
exhibition documents that coins have been the silent companion of travellers since antiquity.