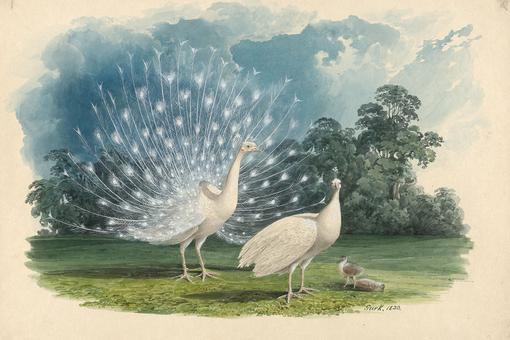 The Emperor's Most Beautiful Animals. Paintings from the Habsburg Collections

Animals have always played an important role for mankind, and so there are also numerous depictions of animals in the former imperial collections of the Austrian National Library. The exhibition "The Emperor's Most Beautiful Animals" draws on this rich collection, presenting animal highlights from four centuries in the State Hall.

The commitment of the imperial family to the study of foreign fauna is reflected in numerous reports and magnificent depictions of the exotic animals that were transported to Vienna in the course of expeditions. Most of the animals ended up in the imperial menageries or in the Court Natural History Cabinet, the predecessor of today's Natural History Museum. Prince Eugene of Savoy’s impressive animal collection was presented in contemporary documents, as was the sad fate of animals in Vienna’s 18th century Hetztheater, where barbaric exhibition fights were held for the audience’s amusement. On display for the first time is the remarkable collection of zoological pictures that were made by animal painters for the Court Natural History Cabinet of Emperor Ferdinand I (1793-1875). The works of these artists, who are largely unknown today, are among the highlights of this genre.