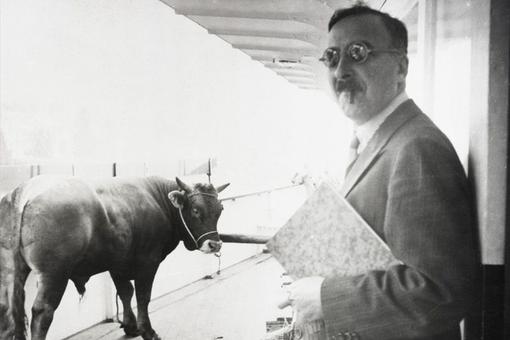 Stefan Zweig (1881–1942) is still one of the most widely read German-speaking authors today. Thomas Mann wrote about his world-famous fellow-writer: "His literary fame extended to the far corners of the globe." Zweig’s enduring appeal is demonstrated by the many historical and contemporary film adaptations, reworkings and translations of his texts, from Europe to China.

This phenomenon is the subject of the new special exhibition at the Literature Museum of the Austrian National Library. It shows Zweig as a not uncontroversial best-selling author and as a citizen of the world, undertaking extensive journeys across Europe to America, Russia and India, and living in exile in Brazil after being expelled by the Nazis. Using original manuscripts, letters, photographs, film clips and sound recordings, the show takes us around the globe (“Magellan”), to Indonesia (“Amok”) and Brazil (“Brazil: Land of the Future”), as well as into the “World of Yesterday” of the lost Habsburg Empire, which Zweig saw as a global model for the coexistence of different peoples. As a pioneering thinker of Europe, he strove for a literature that transcends the borders of individual nations.