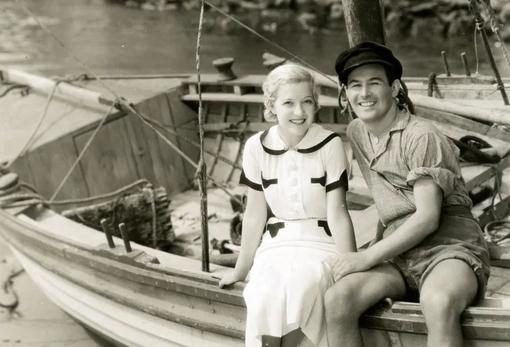 Who does not know them: Marta Eggerth and Jan Kiepura, the dream couple in film, opera and operetta – the superstars of the mid-20th century? Their voices inspired the masses, interwoven the genres and converted people to opera and operetta at a time when they had long been thought to be at their end. Their performances were always an event for the media as well as for politics.

Nonetheless, after the “Anschluss” with Nazi Germany in 1938, they were forced to turn their backs on Austria, which the Hungarian soprano and Polish tenor had chosen as their new home.

Their fate was shared by countless artists, librettists, composers and musicians. Many followed them into exile, but many were also arrested, imprisoned and murdered – many of them fell into oblivion. The exhibition „My Song for You” shows the stage and film careers as well as the musical legacy of the dream couple Kiepura/Eggerth, but also points out the fates of many of the couple’s friends, companions and colleagues who accompanied their performances and stage life and who were denied a place in the collective memory by National Socialism.