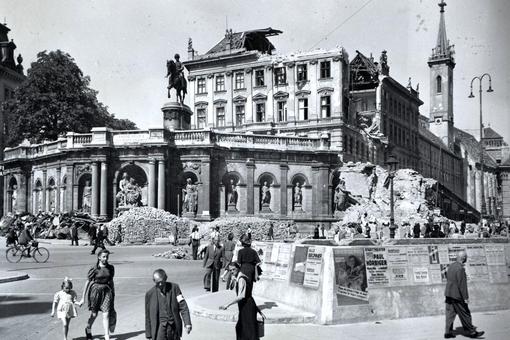 Marking 75 years after the end of World War II, this special exhibition depicts the dramatic situation of the Viennese people in 1945 struggling with hunger, black market and bombed out ruins, the city divided into zones, each occupied by one of the Four Allied Powers USA, Soviet Union, Great Britain and France. Letters, photographs, all kind of documents as well as interviews with contemporary witnesses look at these fateful days of Viennese (and Austrian) history from various angles.