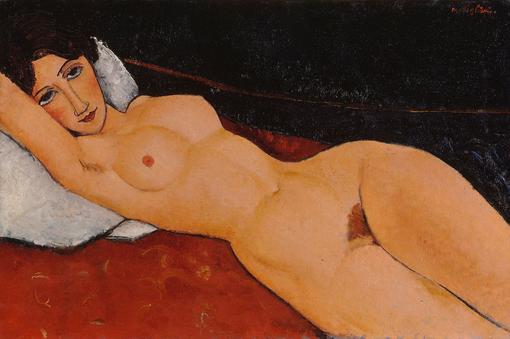 The ALBERTINA Museum will honor Amedeo Modigliani with a major retrospective to mark the one hundredth anniversary of his death. For the first time, Modigliani will not be regarded as a bohemian under the influence of alcohol and drugs, as a pleasing portraitist and pioneer of Art Déco, but as a leading artist of the avant-garde who carried the revolution of Primitivism far into the twentieth century.

Modigliani will premier in Austria with his celebrated nudes and outstanding portraits, as well as his sculptures, which are rarely to be found in museums throughout Europe. The exhibition will bring together works from major public museums and the most prominent private collection between America and Asia.

A special focus will be placed on the artist’s lifelong exploration of the art of Primitivism. Modigliani’s oeuvre will thus be juxtaposed with characteristic key works by such artists as Pablo Picasso, Constantin Brâncuşi, and André Derain, as well as artifacts from so-called “primitive” — prehistoric, archaic, and non-European — civilizations.