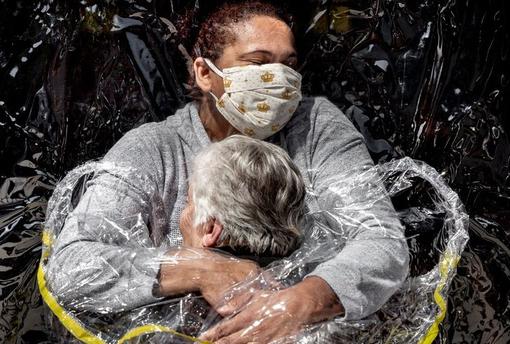 The world is coming to Vienna again! From September 10, WestLicht will present the most important showcase of international press photography for the 20th time.

Since 1955, the World Press Photo Foundation, an independent platform for photojournalism based in Amsterdam, has been awarding the most important international prize for press photography. An annually changing jury judges the entries from all over the world. The result of the renowned competition, which tours the globe as a traveling exhibition, is considered the most important showcase of current photojournalism.

For the jury, the World Press Photo of the Year represents hope in times of pandemic. The image, titled "The first embrace," is by Danish photographer Mads Nissen and condenses the emotions and hardships of the past few months into an iconic snapshot. Taken in August 2020, the photo shows Rosa Luzia Lunardi, an 85-year-old resident of a senior residence in São Paulo, about to be embraced by a nurse.

It was the first hug after five months of social isolation. As in many facilities around the world, all visits to Brazilian nursing homes had been banned to protect residents from COVID-19 infection. The painfully missed physical closeness was finally made possible by a so-called "Hug Curtain" made of plastic.