Rock My Soul - The 70s Musical 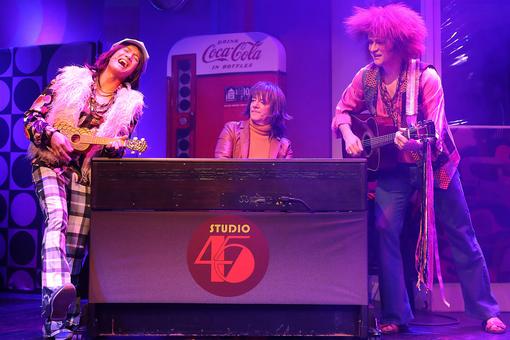 The "swinging 70s" was an exciting decade. Pop music was still pressed on vinyl, but its soul changed more and more. Instead of "good vibrations", the principle "good music is good business" was more important.

Colorfully dressed vocal groups presented songs in a mixture of the best from everywhere. Well-tried gospel hymns and folk songs were roasted to a mainstream mixture of soul and rock, which was symbolically expressed in the Les Humphries version of "Rock my soul".

The 70s were the big time for producers and a producer's fate is also the subject of the new Metropol musical. With ANDY LEE LANG in the leading role of a sound giant. The recording studio matador lives in his small world, where the big music scene holds its rehearsal. And everyone who takes part there has to dance to his tune. After all, what would they be without him?